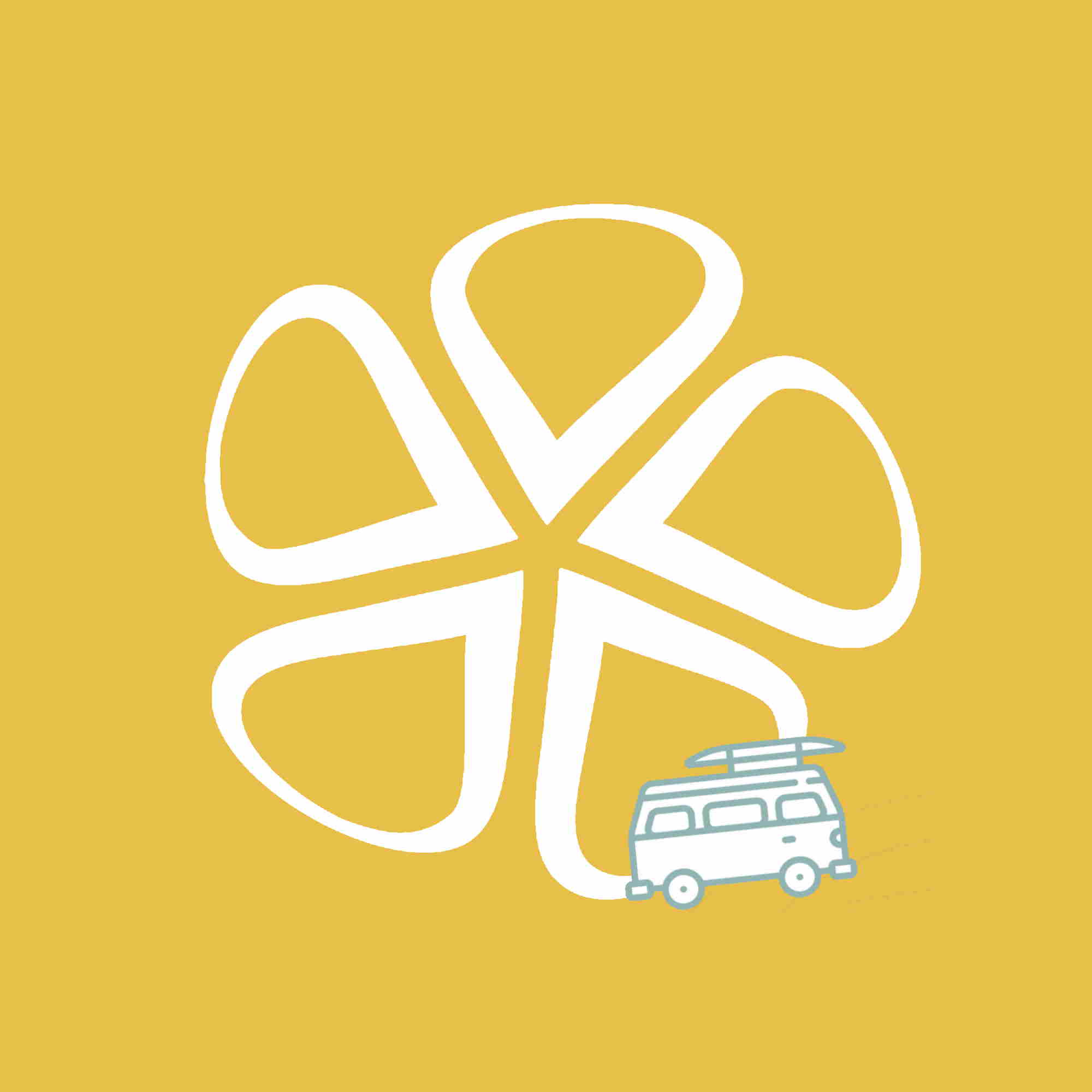 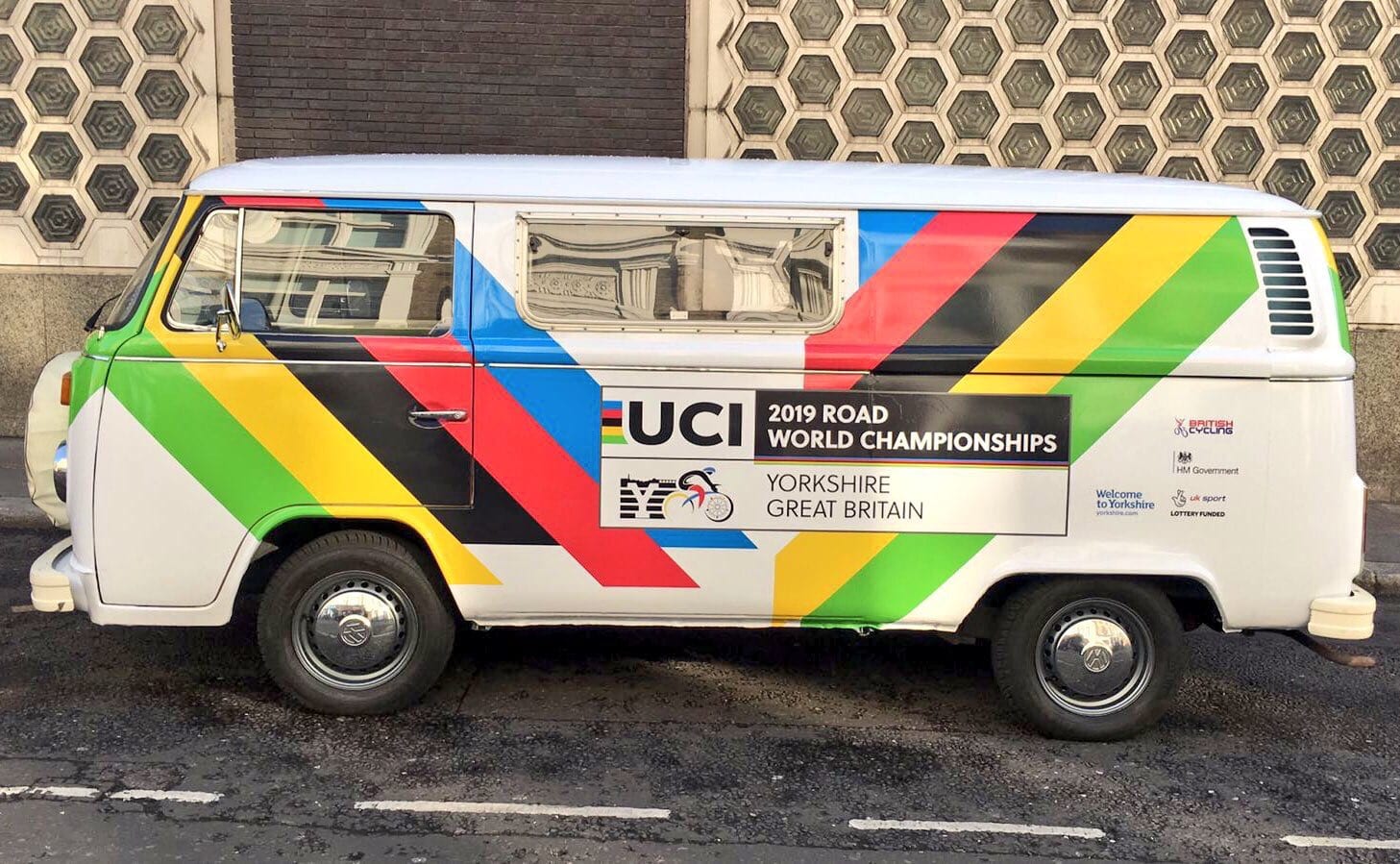 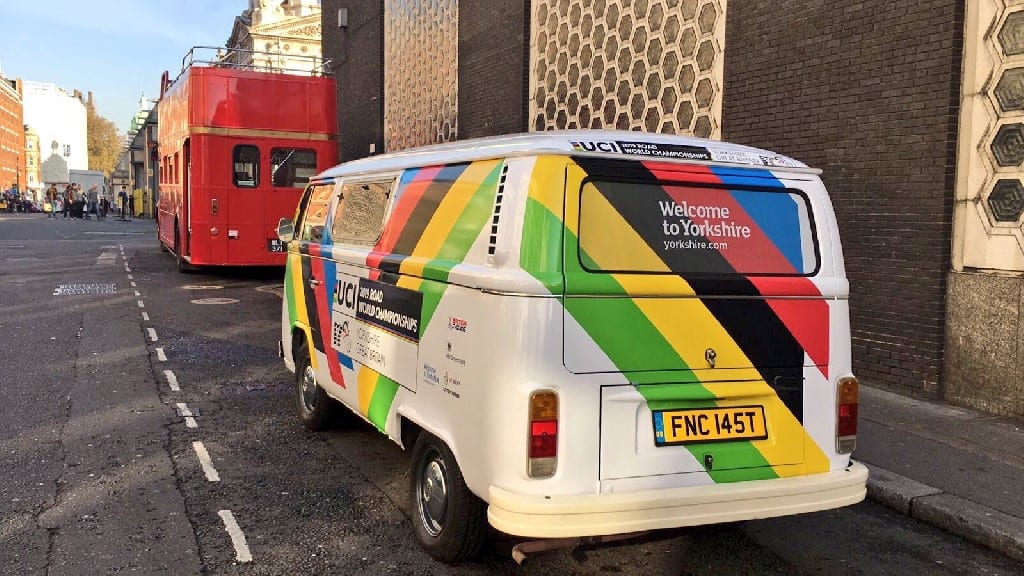 The sensational news that Yorkshire is to host the 2019 UCI Road World Championships was showcased with a branded campervan at London Lord Mayor’s Show on Saturday 12 November 2016.

Buttercup Bus VW Campers supplied a branded classic Volkswagen campervan, emblazoned with the famous UCI rainbow stripes via a full laminate wrap. This was the centre-piece of Welcome to Yorkshire’s entry into the annual procession, which wound its way through the streets of the City of London on Saturday 12th November 2016.

As one of 150 floats taking part in the 801-year-old parade, the branded bus was seen by more than 500,000 spectators who lined the capital’s streets, and was showcased to more than two million viewers on the BBC.

This was Welcome to Yorkshire’s seventh year at the Lord Mayor’s Show. This year was extra special for the team at Welcome to Yorkshire as they were able to showcase the momentous news that the county will host the 2019 UCI Road World Championships. This is a huge event for Yorkshire and one which will further cement the county’s reputation as one of the cycling capitals of Europe – Buttercup Bus VW Campers were really proud to be playing a part in spreading the word about the fantastic news at the Lord Mayor’s Show.

The collegiate bid to host the prestigious event was compiled between Welcome to Yorkshire, British Cycling and UK Sport and the Department for Culture, Media and Sport, and further enhances Yorkshire’s global reputation for cycling, which began in 2014 with the Tour de France Grand Depart and has continued ever since with the annual Tour de Yorkshire.

We provided a full vinyl wrap, resulting in a branded campervan in the client’s colours and logos.

We provided the client with our campervan template and consulted over the compatibility of the artwork with the contours of the vehicle.

On sign-off we produced and applied the graphics. After the event, the graphics were then removed.

Video shows Campervan interior designed for passengers to travel in the campervan.

Video shows BBC footage of the campervan in the procession, seen by more than 500,000 spectators who lined the capital’s streets.

The branded campervan at the London Lord Mayor’s Show, featured on BBC one.

What the client said

“It was fantastic working alongside Buttercup buses and for helping us to really make an impact at this historic event in the capital.”

Some other case studies that may interest you 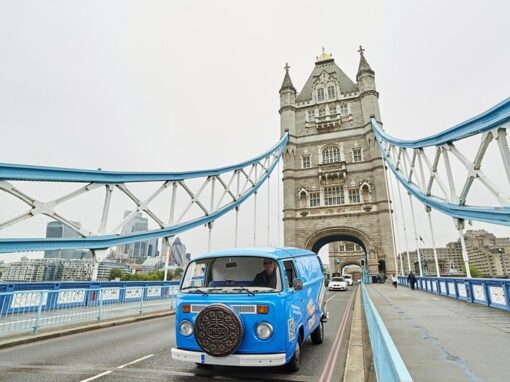 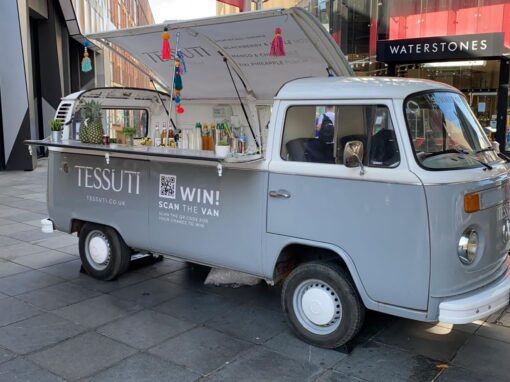 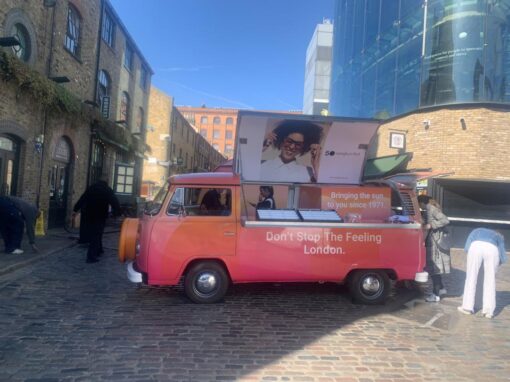 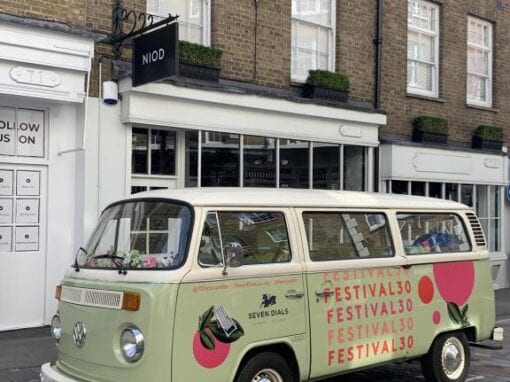 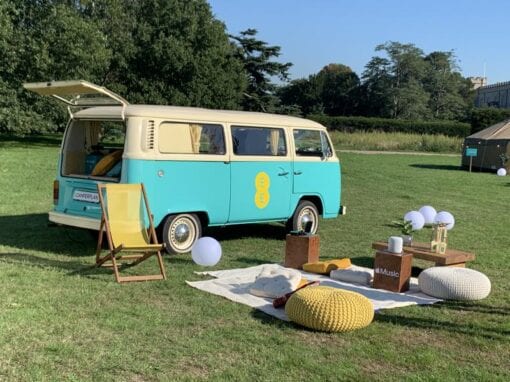 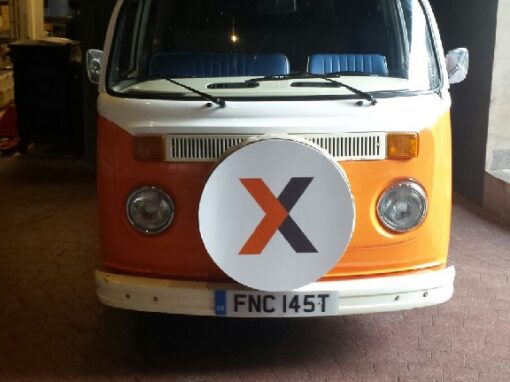 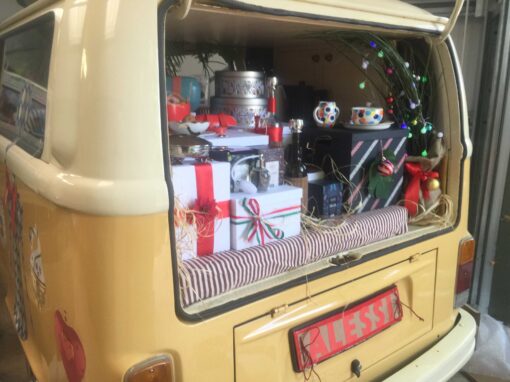 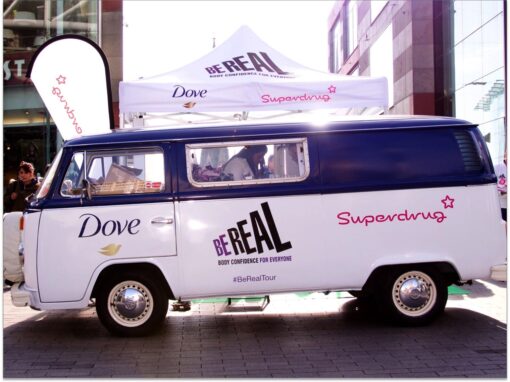 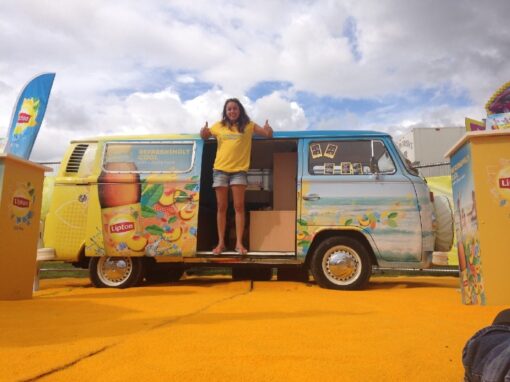 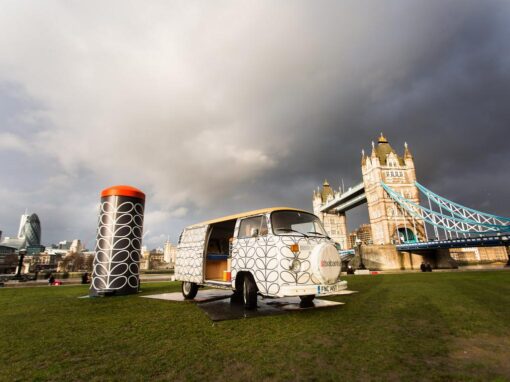 Media tour in a branded VW Camper across London 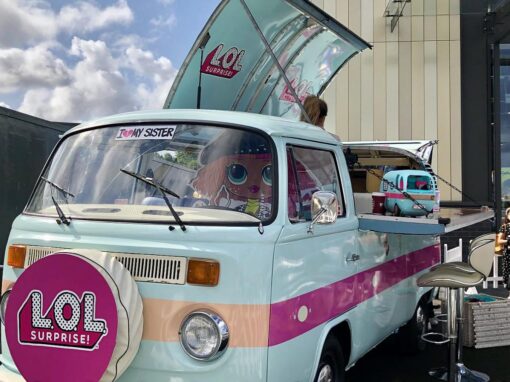 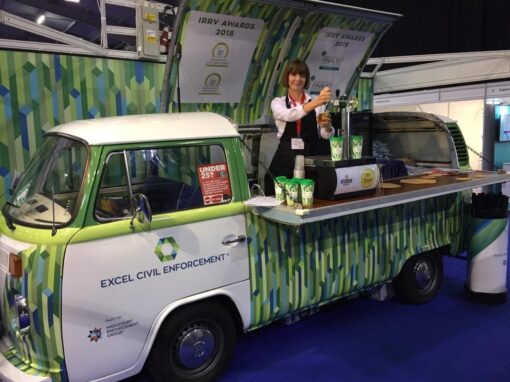 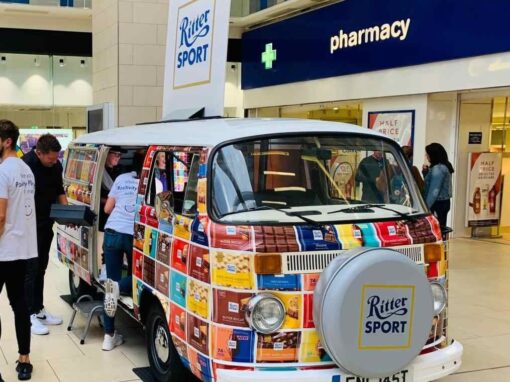 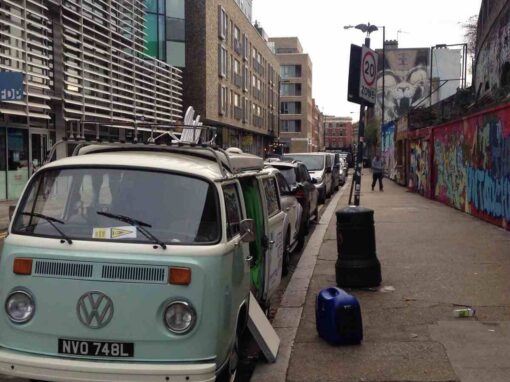 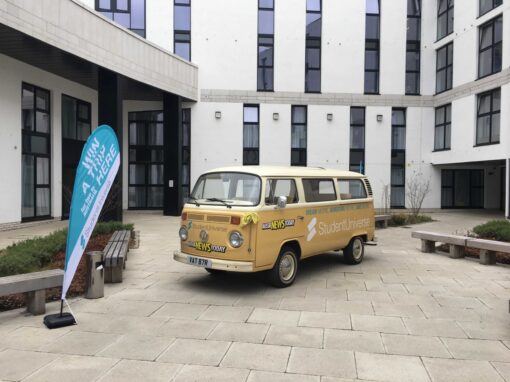 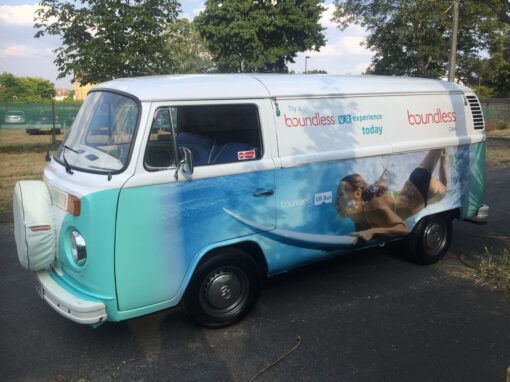 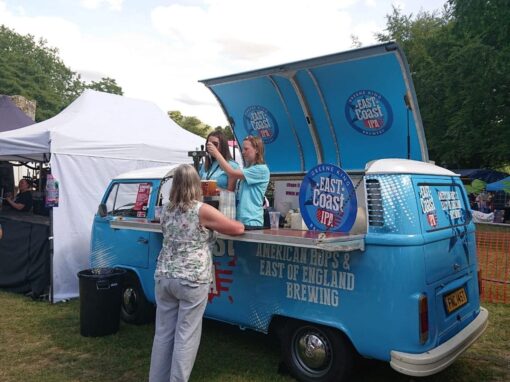 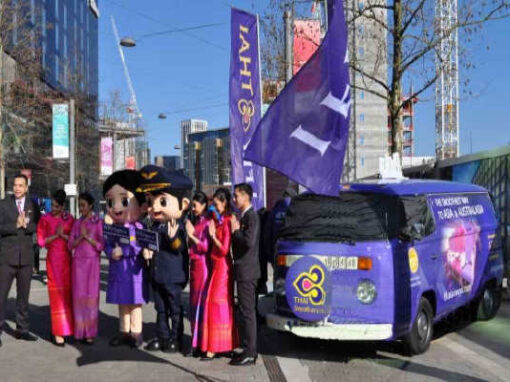 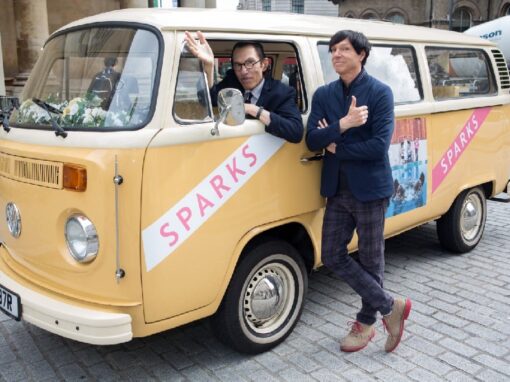 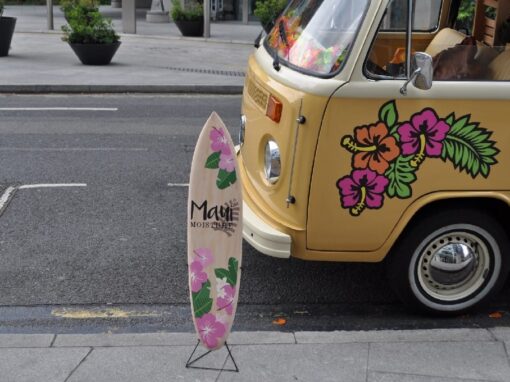 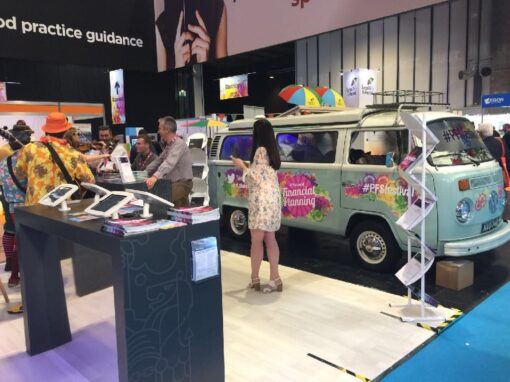 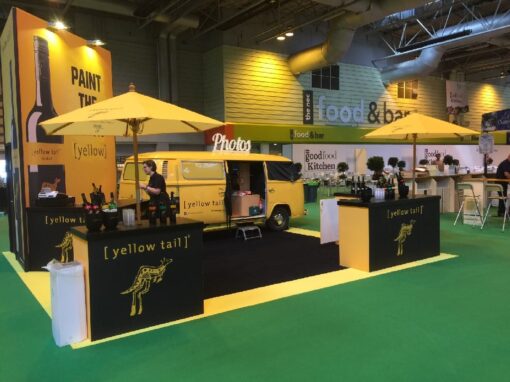 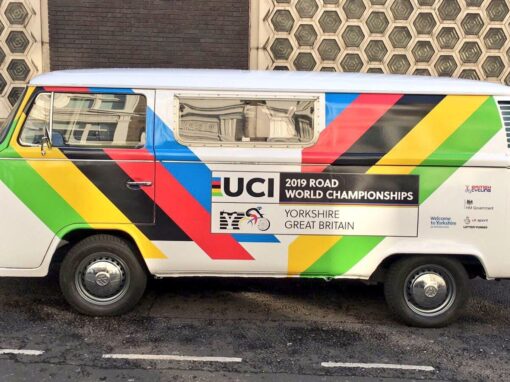 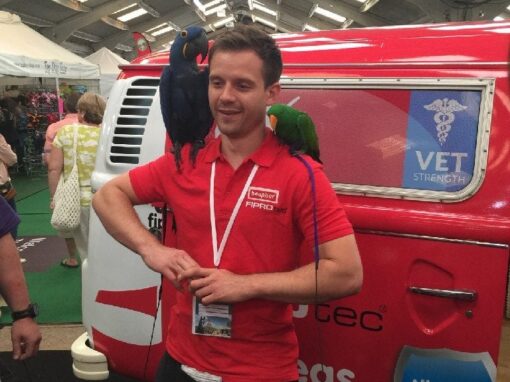 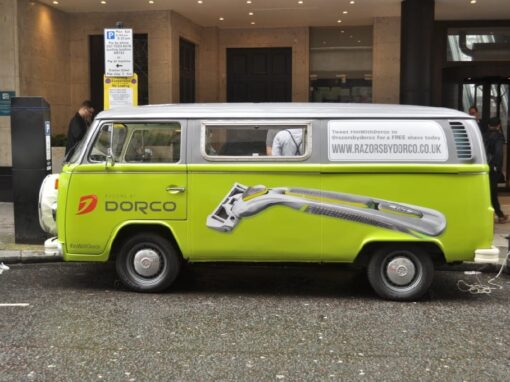